Why Business Needs Brazil in the Fight Against Climate Change 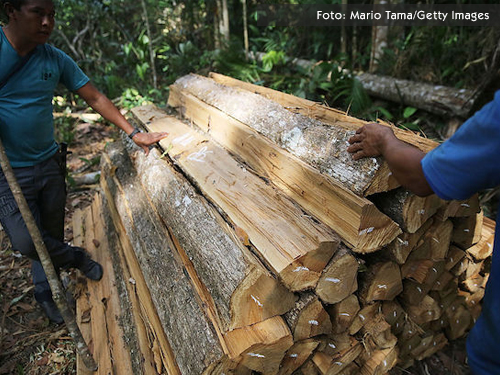 Recent global attention on destruction of the Brazilian Amazon has already started to subside. But record levels of deforestation remain a major concern for humanity. Newly released figures show that roughly 3,750 square miles of the rainforest were destroyed in the year to July 2019, a 29.5% increase from the previous 12 months. Illegal logging and burning remain rampant. The destruction of this great Brazilian asset creates violence for surrounding populations and unfair competition on global markets.

Brazilian businesses can and should act as an ally in the fight for conservation.

The humidity spread by the Amazon through so-called flying rivers is a significant driver of South America’s GDP, as many Brazilian agribusiness entrepreneurs are already aware. The standing forest and its preservation are vital to the country’s productivity. Some grain producers in the region harvest their crops twice per year, and even longer-term crops, such as cultivated trees, can achieve much higher yields in the Amazon than they do elsewhere. In Brazil, the average growth rate for industrially planted eucalyptus is more than six times that of trees planted in cold climates.

These sectors are deeply exposed to and dependent on climate, and recognize the evident and direct effects of global warming. Many businesses are actively investing to adjust production to new extreme scenarios, and to produce in line with rigorous sustainability and preservation norms, including rules established in the Brazilian Forest Code, which are among the most stringent in the world.

But in order to address humanity’s largest collective challenge, individual action and national policies won’t be enough. Broad multilateral coordination is needed. The international community has already taken important steps to this effect, especially through the UN Convention on Climate Change. The Kyoto Protocol later established modest but fundamental goals for putting the world on the right track, creating the first economic mechanisms to support and bring about real change. More recently, the Paris Agreement was a call on all countries to commit to effectively reduce their greenhouse gas emissions.

More can be done. In addition to the magnitude of the problem itself, uneven costs and effects of climate change have long made global action difficult. How can the obligation to solve a global problem be fairly distributed when some parties bear more responsibility than others? Under the Paris Agreement, party countries committed to activities in line with their respective capacity to act, through nationally determined contributions (NDCs). In several cases, they used international economic mechanisms capable of mobilizing resources to encourage major transformations in attitudes towards production and consumption. The agreement also calls for increasing mitigation efforts over time.

Brazil has adopted some of the world’s most ambitious NDCs, committing to reduce greenhouse gas emissions by 43% compared to 2005 levels, reach 45% renewable energy on its electricity grid, restore and reforest almost 30 million acres of forest, and encourage integrated crop, livestock and forest systems on over 12 million acres of land. The country has also committed to completely halting illegal deforestation.

Many countries, including Brazil, currently face strong fiscal restraints. It is precisely in this context that credible and creative carbon market tools can play a fundamental role in addressing climate change, as they are virtually independent of public resources. The next UN Conference on Climate Change (COP 25), which will be held in Madrid in December, represents yet another opportunity for the world to reach a consensus on globally applicable market mechanisms. Brazil has hitherto played a central role in discussions addressing techniques and policies. A forward-thinking position on climate would allow Brazil to continue to attract investment and serve as a source of support and innovation for other countries at the vanguard of the low-carbon economy.

This is a path that can solidify Brazil as an environmental power, and a reference point in a new, greener economy. In order to do this, Brazil needs to maintain an active role on the issue that has most mobilized young people throughout the world to demand rapid responses from their policymakers. The answers are within our reach.

This article was published in the Americas Quarterly