Stop Illegal Activity in the Amazon: A Plea From Brazil’s Private Sector 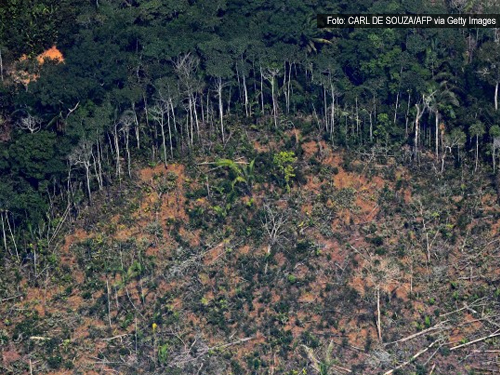 Business leaders are urging the government to rescue the country’s track record on the environment.

As Brazil struggles with the coronavirus pandemic, the illegal destruction of the Amazon rainforest tragically rages on. Unfortunately, the leniency with which these crimes are being treated provide a stark and embarrassing contrast to global trends, as demands for sustainability become increasingly sensitive to consumers, businesses and governments.

Such trends can be noticed in the growth of green parties across Europe, and also in the United States’ presidential race. In Asia, too, the post-coronavirus world is likely to be transformed. In China there is growing consumer concern with a concept widely defined as One Health: “A collaborative, multi-sector, and trans-disciplinary approach – involving local, regional, national and global levels – with the goal of achieving optimal health outcomes, recognizing the interconnection between people, animals, plants, and their shared environment,” as described by the Centers for Disease Control and Prevention (CDC). Full and strict traceability of whatever we consume is the natural corollary of this trend.

The current crisis in the Amazon represents a major setback for Brazil’s track record on sustainability, which had garnered respect and worldwide recognition. Once a global reference for sustainable development, today Brazil faces international outcry for responsible and firm action against the criminal devastation of our own natural assets – the green heart of Brazil, which plays such a significant role against global warming.

Since the late 1980s and especially after the 1992 Earth Summit in Rio de Janeiro, Brazil has been a leading voice in the development of new models for land use predicated on sustainability. On the domestic front, this has included passing stringent national legislation on forestry protection, while on the international stage Brazil has taken a leading role in the establishment of solid multilateral systems of global environmental governance on climate and biodiversity, among many other relevant initiatives.

Nevertheless, criminal activities have returned with a vengeance to the forest that symbolizes Brazil. The consequences of such rampant devastation extend beyond environmental destruction; they pose an existential threat to the nearly 25 million Brazilians living in the Amazonian region, destroying their livelihood while exposing them to the dangers of lawlessness.

It is truly regrettable that we have transformed such a valuable environmental asset into an international crisis. Brazil’s productive sector has been very attentive to growing concerns of global customers with the sustainability of our products and exports. Similar concerns have also been voiced by major international investors and funds, threatening to restrict our overall access to credit.

It is against this backdrop that a rather meaningful step to protect the rainforest deserves the world’s attention: Brazilian business leaders have come together to call for immediate action against deforestation in the Amazon. On July 6, leaders of over 50 major Brazilian and transnational companies, as well as four business associations representing industrial, agribusiness and financial services, issued a joint statement addressed to Vice President Hamilton Mourão, who also heads the National Council on the Amazon. The statement was also sent to the speaker of the lower house, the chairman of the Senate, the chief justice of the Supreme Court and to the chief federal prosecutor.

The group of signatories calls for swift and definitive measures to combat illegal deforestation, fires, mining, and unlawful trespassing of protected land, as well as halting aggressive acts against indigenous peoples.

The statement also reinforces the imperative of bringing about a bio economy, with sustainable and environmentally friendly business practices. The Brazilian private sector has accrued valuable know-how in this field, as seen in the pharmaceutical and cosmetics industries and in extractive activities such as açaí, Brazil nuts and rubber, to name but a few successful experiences. Moreover, thanks to significant productive gains in our agribusiness, Brazil has managed to increase overall outputs without further expanding land use, producing more with less resources, part of a clear trend in most other regions of Brazil outside the Amazon.

Brazil is a relevant player on the world-stage, with the sixth-largest population, the fifth-largest territory, the eighth-largest economy. It is home to the greatest biodiversity and most extensive areas of tropical forests on Earth. We have established ourselves as one of the world’s leading bread baskets, feeding more than a billion people around the world, as well as 220 million Brazilians. Brazil has forged a highly competitive and innovative agribusiness sector, thanks to massive investments in R&D over the past four decades, which have led to an unprecedented green revolution in the country.

The country is home to countless globally competitive companies that maintain world-class standards for sustainability and compliance, certified in many cases by international stewardship projects. The country’s modern productive sector has an established track record on sustainable business practices that combine nature, science and technology, generating value while also preserving our forests and developing our nation.

Such efforts in this field ought to be recognized and valued. This means one must separate the wheat from the chaff: denounce unlawful actors and acknowledge the virtuous ones. We cannot allow genuine concern for crimes against the Amazon to be used as a pretext for protectionist interests to take advantage of the situation for fear of highly competitive Brazilian products.

The protection of the Amazon is an existential and strategic interest for Brazil and all Brazilians. It is in our hands to build a sustainable future as legacy to the generations to come.

By Paulo Hartung
Hartung is an economist, the executive president of Ibá (the Brazilian Tree Industry), board member of Education for All, and former governor of the state of Espírito Santo (2003–2010/2015–2018).

This article was published int he Americas Quarterly