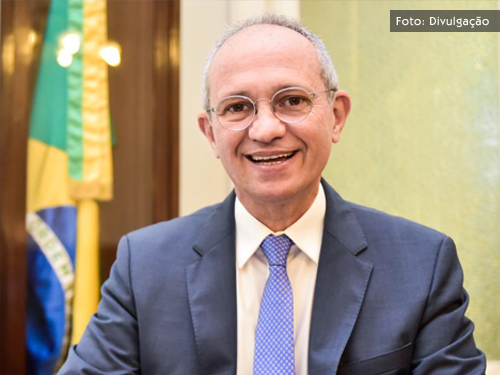 The Brazilian Tree Industry (Ibá), an association that brings together the productive chain of trees planted for industrial purposes, has announced that Paulo Hartung will become its new executive president as of next Monday, March 18.

Hartung brings extensive experience in the public sphere, and assumes this new role with the goal of continuing work on the sector’s image and representing the entire chain at the national and international levels.

'It is a great challenge, and I am very confident that my time with Ibá will be very positive. This is a very economically significant sector, representing approximately 6.1% of manufacturing GDP and responsible for 4.1% of all exports from Brazil. It is also a fundamental sector for the environment, since it removes and stores carbon in its forests, protects biodiversity, and protects 5.6 million hectares of natural areas. We must value all of this, especially at a time when the country will be undergoing reforms, is recovering economically, and while we are having many discussions about climate changes worldwide. I am sure that my experience will add up to this moment,' says Paulo Hartung.

Hartung began his activity in the public sphere at an early age, during student movements in college. Since that time he has worked in various positions, always leaving his legacy. He was elected state representative for two terms in Espírito Santo, federal deputy for the same state, and served as mayor of the city of Vitória; he was director of social and economic development at the Brazilian Economic and Social Development Bank (BNDES), was elected senator, and served as governor of the state of Espírito Santo for three terms (2003-2010 and 2015-2018).

'I have full confidence that Paulo Hartung will do a wonderful job leading the association and maintain excellence in all the areas in which Ibá is active. With his vast experience in public life, technical capacity, and vision for the country, I am sure that he is the ideal person to represent and help us with the challenges facing the sector. Paulo honors us with his decision to join the association,' stated Ibá Deliberative Council President Horacio Lafer Piva.

Ibá’s new executive president will represent a sector that exported US$ 10.7 billion worth of goods in 2018 and ended the year with gross revenues of R$ 73.8 billion. This sector generates a combined total of 3.7 million jobs in Brazil and has planned investments of approximately R$ 19.3 billion up to 2022.

Degree in economics from the Federal University of Espírito Santo (UFES), 1978.

Paulo Hartung began his activity in the public sphere early, during student movements in college. Since that time he has worked in various positions, always leaving his legacy. In 1982, at age 25 he was elected state representative, and in 1990 federal deputy; he returned to Espírito Santo in 1993 to run for and serve as mayor of Vitória. He took over as director of BNDES at the invitation of former president Fernando Henrique Cardoso, was elected senator in 1998, and served as governor of the state of Espírito Santo for three terms. He was elected in 2002 and re-elected in 2005; more recently, in 2014, Hartung again was the candidate who received the most votes in the state and returned to the governor’s mansion to serve through the end of 2018.

The Brazilian Tree Industry (IBÁ) is the association responsible for institutionally representing the planted tree production chain, from the fields to the factory, with its main stakeholders. Launched in April 2014, it represents 50 companies and nine state entities for products originating from planted trees (wood panels, laminate floors, pulp, paper, energy forests and biomass) in addition to independent producers of planted trees and institutional investors. In 2018, the sector exported US$ 10.7 billion worth of goods and closed the year with gross revenues of R$ 73.8 billion. In total, it generates 3.7 million jobs in Brazil.