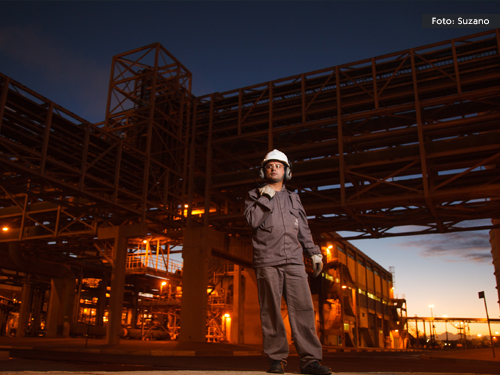 With the growth of the green economy, products originating in the forest sector are gaining ground in industry and in the population’s everyday lives; these products are reusable, recyclable, and in many cases, biodegradable. As a result, investments in the sector represented by the Brazilian Tree Industry (Ibá) are growing. Ibá has updated its projection for investments in the planted forest sector, estimating funding of R$ 32.6 billion during the period spanning 2020 and 2023. Between 2014 and 2018, the sector invested more than R$ 20 billion in expansion projects alone.

These figures include the pulp, paper, and wood panel segments in six states and represent increases of 3.2 million tons in pulp production, 1.9 million tons in soluble cellulose, 1.2 million tons of paper, and an additional 570,000 m3 of MDF and 450,000 m3 of lumber. Ibá president Paulo Hartung emphasizes that these resources involve the entire chain of forest operations, from planting to manufacturing the final product, including technology and innovation.

There are also plans to build at least seven new factories. During this period, the sector is expected to create over 35,000 jobs during construction and another 11,000 direct job posts after the units begin operations.

According to data from the association, R$ 20.4 billion of this total will be invested in units that will produce pulp and kraftliner paper for packaging, reinforcing the important role of cardboard packaging in the bioeconomy.

Furthermore, Ibá board president Horacio Lafer Piva explains that research and development in this segment have increasingly broadened the number of products originating from planted trees, which can be seen in expanding investments in units that produce other products, such as soluble cellulose, which can be used in a variety of applications (mainly textiles, with viscose). This segment will receive investments of R$ 10.5 billion by 2023, with resources from Bracell (R$ 7 billion in São Paulo) and Duratex (R$ 3.5 billion, in Minas Gerais).