Exports of forest products reach US$ 2.8 billion in the 1st quarter of 2019 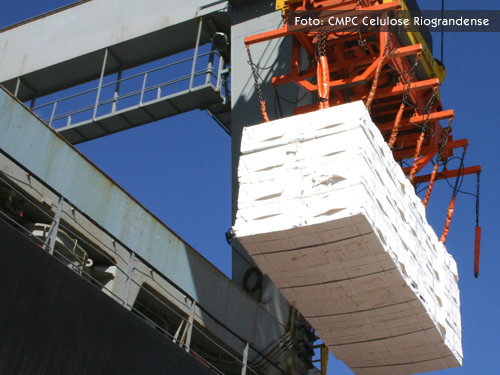 Cenários Ibá, the bulletin of the Brazilian Tree Industry (Ibá), notes a 2.3% advance in exports of forest-based products during the first quarter of 2019 compared with the same period in  2018. During the first three months of this year, trade with other countries totaled US$ 2.8 billion. Notable among these products was pulp, which grew 3.3% in the period. The trade balance for the planted tree sector reached US$ 2.5 billion, representing an increase of 2.8% over the previous year. The sector’s share of the trade balance also grew, totaling 5.2% of all Brazilian exports combined.

Between January and March China remained the main market for Brazilian pulp, acquiring US$ 856 million of this product. Meanwhile, Latin America was the largest destination for wood panels (US$ 44 million) and paper (US$ 292 million).

Below are the performance indicators for the planted tree sector during the first quarter of 2019, in the 57th edition of Cenários Ibá, the monthly bulletin of the Brazilian Tree Industry.

Production - Paper production reached 2.6 million tons in the first quarter (-0.6%). Highlights were sanitary paper and paperboard, which grew 11.3% and 4.1% during the period, respectively. Pulp production between January and March was 4.9 million tons (-7.1%).

Domestic sales - Since the beginning of 2019 sales of wood panels within Brazil grew 1.1%, with 1.6 million m3 traded. At the same time, 1.3 million tons of paper were sold on the domestic market during this quarter.

Exports in volume - During the first three months of this year, 3.8 million tons of pulp were traded with other countries. For paper this volume reached 500,000 tons, while a total of 294,000 m3 of wood panels were exported.