Debate on the environment must be taken seriously, writes Paulo Hartung 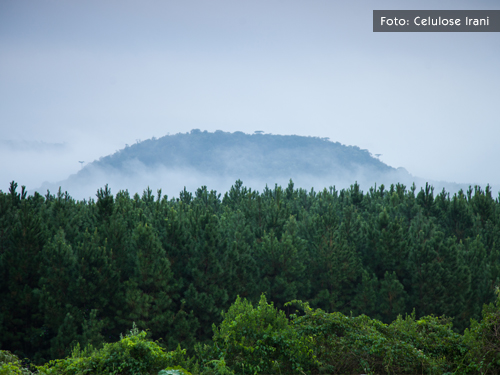 Climate change is no longer knocking at the door: it is already inside, and it’s turning everything upside down. In a recent report published by the UN, one million plant and animal species face risk of extinction, and the causes besides climate change include deforestation, pollution in seas and rivers, poaching, and illegal logging. To make matters worse, biodiversity losses are expected to worsen by 2050.

The world is watching and talking about the subject, and setting goals so that each country can contribute to a sustainable and healthy planet for future generations. Brazil cannot close itself off to discussions, much less run the risk of losing the credibility and respect the country acquired through serious and painstaking work for the environment over decades.

We need public policies, incentives, and engagement with the private sector. If all actors in society do not participate actively in a serious and profound debate about climate change, we will not move forward. For example, the city of Copenhagen, Denmark intends to completely halt greenhouse gas emissions by 2025. It is very true that it is a small, rich region, but an essential point in this city reaching this maturity was the population’s conscience and commitment, as its mayor Frank Jensen has stated.

Here in Brazil we have references showing that it is possible to be productive, generate wealth, and alongside all this be environmentally responsible. The industrial planted forest sector has been fundamental for the country to make advances towards meeting its goals in international commitments like the Paris Accord.

This forest-based industry is responsible for producing items such as wood panels, laminated flooring, charcoal, pulp, and paper, as well as other products that are sustainable right from the beginning. The industry currently has 7.8 million hectares of trees grown for commercial purposes, which for the most part are growing on land that was previously degraded by other human activities and store 1.7 billion tons of CO2.

Adding up all the segments that are part of this production chain, more than 5,000 products and by-products are manufactured that store carbon, mitigating the release of greenhouse gases (GHG) into the atmosphere, and they are essential in everyone’s daily lives.

Economically, the forestry sector has stood out, accounting for 6.1% of manufacturing GDP and exports of US $10.7 billion in the year 2018. Investments on the order of R$ 22.2 billion are expected to be made by 2022 in factories, forests, and innovation. Concrete examples of this are the recent announcements by Bracell (R$7 billion), Duratex (R$ 3.5 billion), and Klabin (R$ 9.1 billion).

Socially, it is a sector that plays a very important role in all of Brazil. There are more than one thousand municipalities affected by the industry and 3.7 million direct and indirect jobs generated, in addition to 27,000 small producers who benefit from outgrower programs.

It should also be mentioned that this is the sector in Brazil that preserves the most land. There are 5.6 million hectares of natural vegetation preserved, resulting in storage of 2.5 billion tons of CO2. A consequence of this is the life that can be seen in these environments: even though they take up less than 1% of Brazil’s territory, 38% of the mammals and 41% of the bird species threatened with extinction in the country have been seen in lands belonging to forest-based industry.

This demonstrates there can be synergy between work that is highly productive, economically strong, and respectful of nature. We can and we must make this a business model, guided by sustainability and concern for the future. Environmentally Brazil has stood out, but it is necessary to go further and lead this debate. This will only be possible when government, the private sector, and society move together, looking forward and acting on behalf of Brazil, without involving partisanship or ideological views.